How IOS 14 will affect your Facebook Ads? That is the big question!

The upcoming iOS 14 update has led to a war between Facebook and Apple. Apple released iOS 14 in 2020, and its forthcoming update is meant to prohibit Facebook from tracking non-app activities of iPhone users.

This is definitely a piece of good news for Apple users, but what about advertisers and Facebook? Many businesses rely on targeted Facebook Ads, and that is why Facebook has been strongly opposing this launch. Not to forget, 98.5% of Facebook’s revenue comes solely from advertisements. Plus, it controls 85% of the total social media advertising in the digital market.

Facebook advertisers are already panicking, but Facebook says it has things under control. Even though the update only concerns the IOS 14 users, it has definitely given a glimpse of how data privacy will be handled in the future. While users are appreciating the privacy concern, Facebook and other tracking apps are worried to its core.

Let’s see what’s the whole feud is about?

To lessen the impact, Facebook itself is planning to bring some changes that will help maintain the income of publishers and developers. In one of its recent statements, the tech giant stated that it won’t collect IDFA (identifier for advertisers) on the iOS 14 devices. IDFA is a random code assigned to every Apple device. With this unique number, apps like Facebook can track what pages you are visiting and what apps you are using. In response to the changes in iOS 14, Facebook is giving advertisers some tips in its own business help center to reach users of iOS 14 devices in the best possible way.

In the wake of the upcoming update, Facebook announced that all the web events are going to be ruled by its Aggregated Event Measurement. It is a brand new method that controls the web events from iOS 14 devices. According to Facebook, it is a more consistent way to measure campaign performance. Experts are saying that this step indicates that events will be measured based on campaign granularity.

Advertisers are allowed to use 8 conversion events per domain. This is not the first time Facebook came with something like this. Earlier it was the imposition of 64 conversions on app advertising campaigns.

If you are optimizing an event for more than 8 events, it will be paused. Once the initial configuration is done, the domain holder can construct the events that need to be tracked down.

The conversion events will be ranked according to their priority. For instance, if two of your events are “Add to Cart” and “Purchase”, the later one will hold higher priority. If the advertiser changes one of these events, the campaign will be on hold for the next three days. This ensures the attributes are being reported correctly.

Facebook pixels is the code placed on an ad account. The sole idea of this Pixel is – it helps in tracking conversions from the ads and create a targeted audience. With the iOS 14 rollout, Facebook has decided to link the pixels to the verified domain. However, it concerns only the cases where the advertiser owns the domain, and want to measure its events.

How Advertisers Should Prepare?

In one of its statements, Facebook has also said “In light of these limitations, and to mitigate the impact on the efficacy of app install campaign measurement, we will also ask businesses to create a new ad account dedicated to running app install ad campaigns for iOS 14 users”. It means there will be only one ad account per app for iOS 14.  Last but not the least, the new 7-day click window is going to come in effect, so update the automated rules that are using the 28-day attribution.

According to Apple, it is protecting the interest of its users by reestablishing a better and private data flow. With this one effort, it justifies its marketing line “What happens on your iPhone, stays on your iPhone”. One notable point here is – the tech giant earns from its services, software, and subscriptions, so it has nothing to do with your data. Remember the update is going to affect only iOS 14 users. So, you need to be vigilant about your data. This will help you adapt to the change eventually.

We are always open to help you further with your Facebook ad campaigns. We think that tracking and setting up the right campaigns can be challenging for you. You think you need some help with it? Our advertising specialists are always open for a cup of coffee to get you going.

Intrigued by customer behavior, online performance marketing and customer experience and the way organizations act on that. With my experience I feel comfortable in the world of (digital) marketing and branding. I take on new challenges with great pleasure and I immediately feel a great sense of responsibility for making it into a success. Projects where I can use my entrepreneurial skills and mindset give me a lot of energy and this is where I can be an added value for for you. 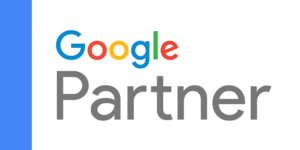